With the ReferIt3D benchmarks, we wish to track and report the ongoing progress in the emerging field of language-assisted understanding and learning in real-world 3D environments. To this end, we investigate the same questions present in the ReferIt3D paper and compare methods that try to identify a single 3D object among many of a real-world scene, given appropriate referential language.

Specifically we consider: In a nutshell, these questions regarding the object identification problem in 3D environments aim to disentangle the performance-characteristics of the compared approaches, aside of providing a single "aggregate" performance score, as explained in the ReferIt3D paper.

Please use our published datasets following the official ScanNet train/val splits. Since in these benchmarks we tackle the identification problem among all objects in a scene (and not only among the same-class distractors), when using the Nr3D make sure to use only the utterances where the target-class is explicitly mentioned (mentions_target_class=True) and which where guessed correctly by the human listener (correct_guess=True).

Note: The official code of Referit3D paper for training/testing takes as input the raw datasets because it applies the filters mentioned above on the fly. 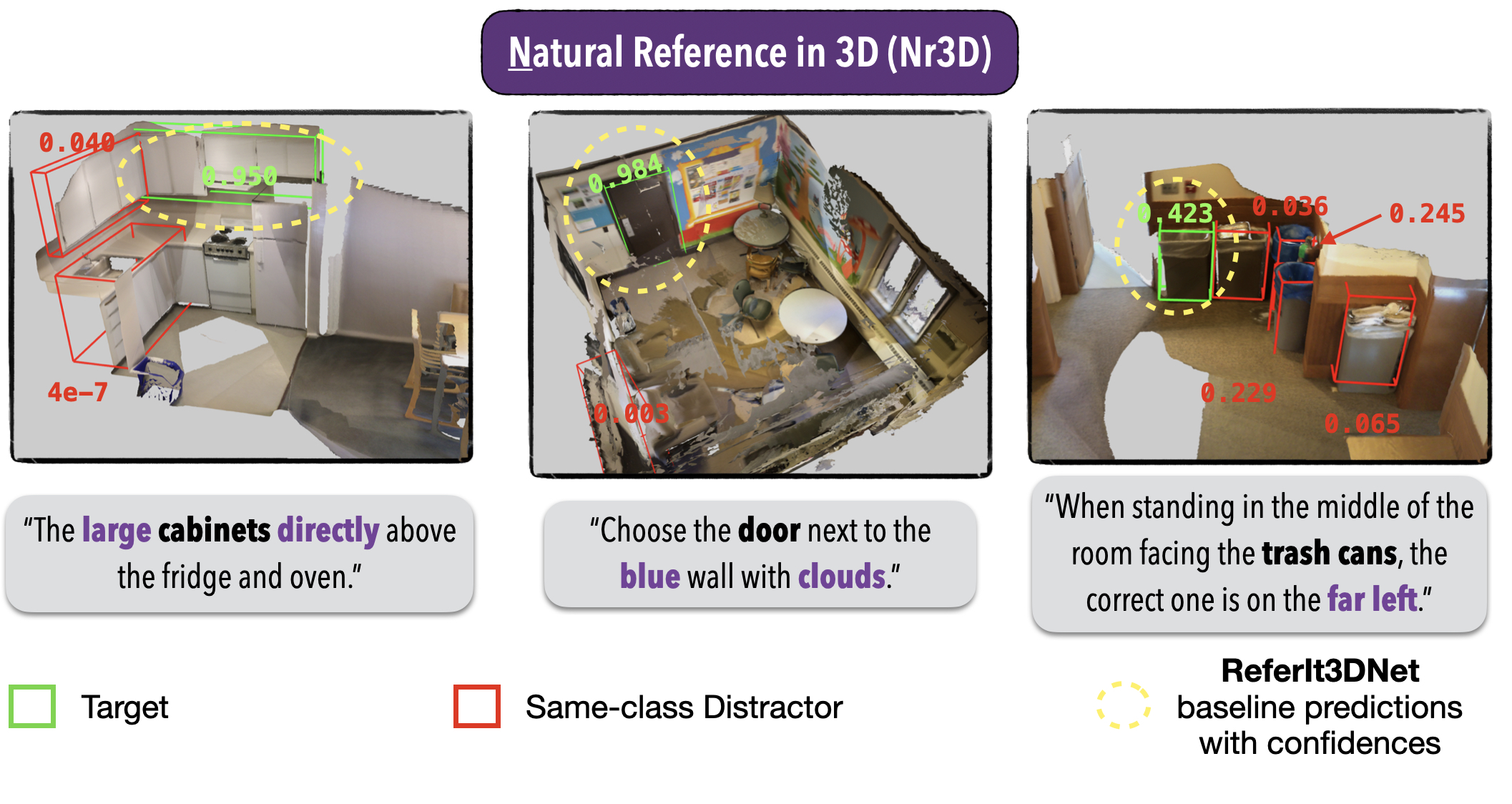 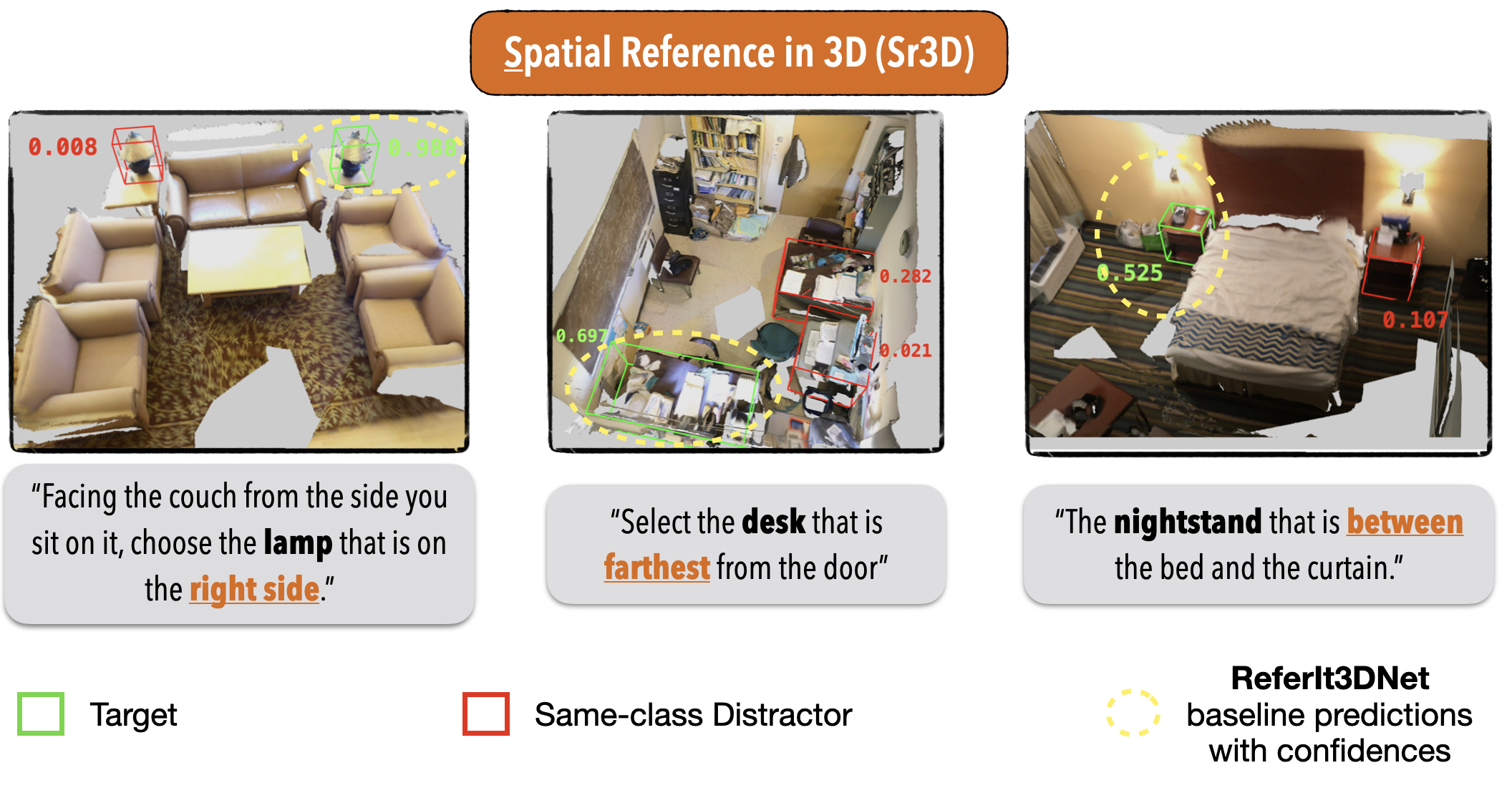 If you have new results on Sr3D or Nr3D to report, please send your performance numbers and the accompanying paper link to Panos Achlioptas.